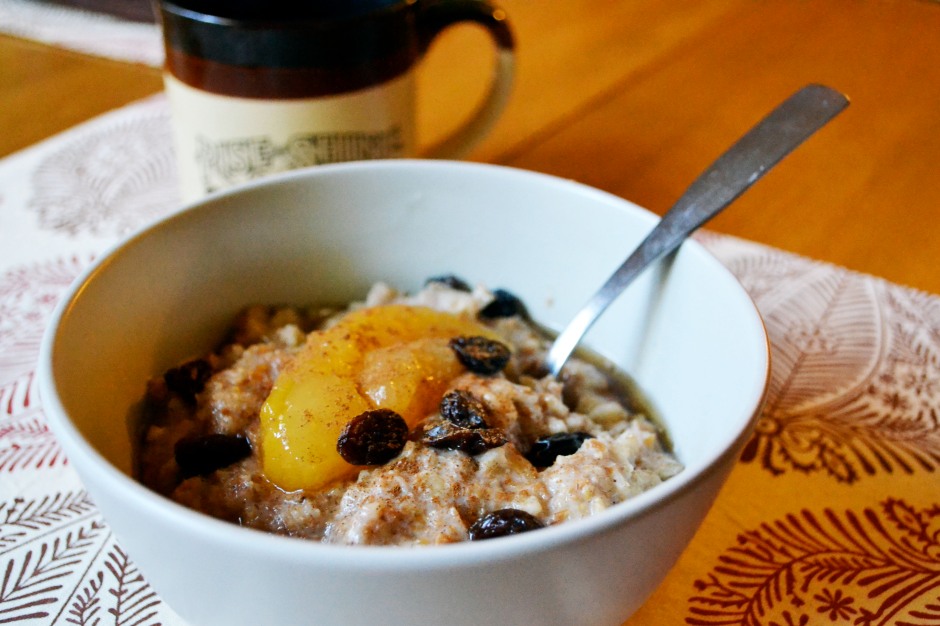 FALL IS HERE!!! And so are apples, pumpkins, sweet potatoes, oh my! The farmer’s market was bursting with apples. Yes, I looooove apple and pumpkin season.  Just you wait…I’m obsessed with pumpkins…but that will be a later post (or ten).

I also love love love breakfast. With cool mornings, I crave a warm hearty bowl of oatmeal with apples and cinnamon. So this morning I made a hearty batch for K and I. MMMmmm. Nothing smells better to me than warm baked apples with cinnamon. Well, maybe warm baked pumpkin and cinnamon. Or pumpkin, apples, and cinnamon. Oooh. But like I said…that’s later.

Making oatmeal with milk is a great mix of carbs and protein to give you fuel for a good run or just simply to keep you full until lunch. Almond milk would work well too. Just be careful and watch the milk/water mixture when heating this up on the stove or microwave. It likes to froth and boil over if you aren’t paying attention…and evidently, I don’t pay attention….happens to me every dang time. I like to add wheat bran for an extra fiber boost, keeping you fuller longer.  You can make this on the stovetop or in the microwave.