It’s Girl Scout cookie season. People are walking around with goofy grins, Do-Si-Do crumbs on their shirts, stupid Thin-Min-covered fingers, Tagalong-scented breath, and boxes of Samoas stuffed in their sock drawers so that no one else will get THEIR cookies. Or is this just me?

And who came up with those names anyways? Do-Si-Do? Tagalong? What is a Samoa even? 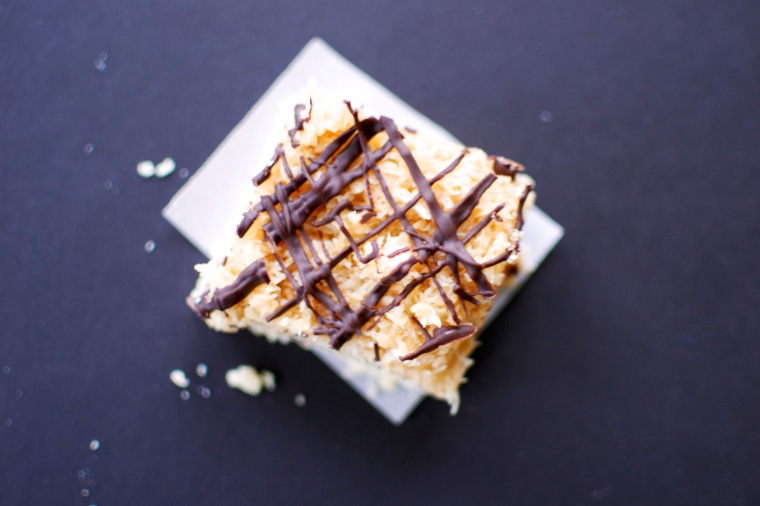 But in reality I’m jealous. Seethingly jealous. I can’t have any of them. I just stare with dark, wide-eyed, frothing and foaming desire.

But this year, the ol’ Girl Scouts gave the gluten-free crowd a consolation prize and came out with a GF cookie. I was pumped, until I found out it was a shortbread. Womp womp. Really? Shortbread?  That all you got? No badge for you! Get back in the kitchen. TRY AGAIN. 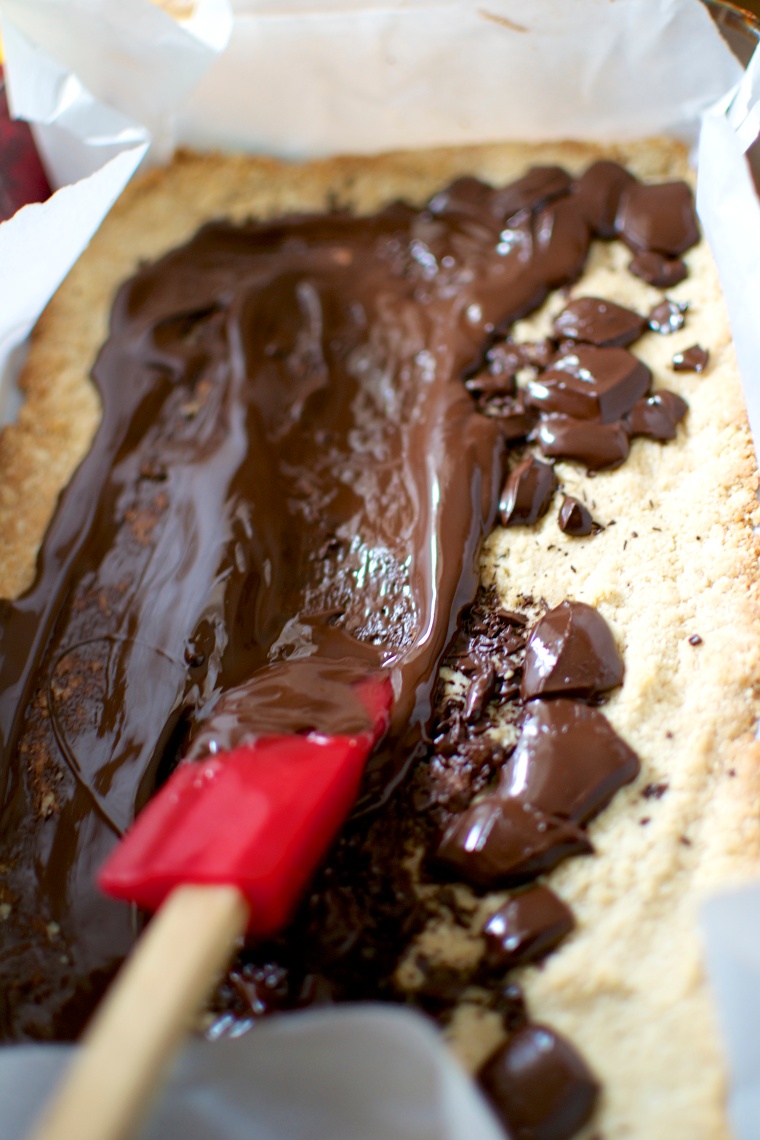 Never fear. After being challenged by a friend that Grain Free Samoas would not be good, I woke up on Saturday morning with a mission. A cookie mission.

These cookies deserve a badge! A medal! An Oscar, even! They make you THINK they are the real deal, but alas…they have no wheat, no grains, no processed sugar. Ya…SUCK IT TRABECK!

Instead of making single cookie-disks, I opted for bars. Because seriously, these puppies disappear so quickly into your mouth that cutting out little stupid tire shaped cookies is not worth it. Lets save time. Let’s make bars! The shortbread crust is perfect and crisp. I saved even more time by not dipping each bar in chocolate and instead spread the chocolate layer between the shortbread crust and the caramel coconut layer. The caramel coconut layer is a delicious concoction of honey and a smidge of molasses that has been cooked down to an amber-caramel-heavenly syrup.

These do take a bit of time to make each part. But the wait and work is WELL worth it. So make a batch, hide several (because they will go fast if you share them), turn on the Oscars, grab a yummy Samoa bar, and do your best Matthew McConaughey impersonation….”alright, alright, alright”.

Coconut Caramel Topping (adapted from Against All Grains)