This recipe is from a stash of old Kerr and Ball Jar canning recipes that were used by my husband’s great grandmother. Kiley’s mother gave me these amazing recipes and I cherish them so much. Hand written notes are in the margins and there are added notebook sheets browned at the edges and creased from use.

His great grandmother was a 4′ 10″ strong, fiery, and amazing woman that believed in Sunday suppers with family and walking every day to the end of her drive way for exercise wearing large sunglasses and a large rimmed sun hat.  I wish I would have known her. Especially since she would have been one of the only people that I would actually tower over. 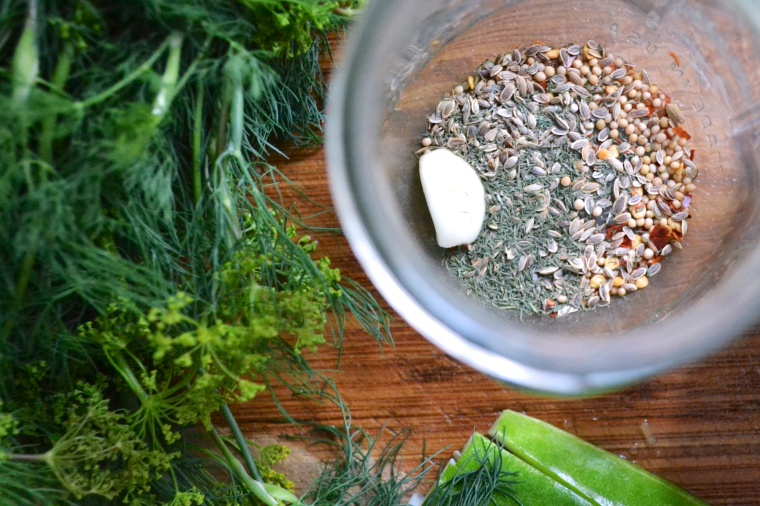 These recipes bring me back to a simple time. A time when families would have a garden in the backyard. Produce was fresh and “organic.”  Except people didn’t have to call it organic, because why would they spray pesticides and chemicals on their own food. “Fast food” was reheating the leftover pot roast and green beans with new potatoes from Sunday’s supper. Oh ya…and it was supper, not dinner. Families sat down for supper together, a homemade meal that was made with love and the seasonal produce plucked from the backyard. No cell phones. No Facebook. No processed foods. Extra produce was canned or preserved in some way so that there was produce to eat in the winter. 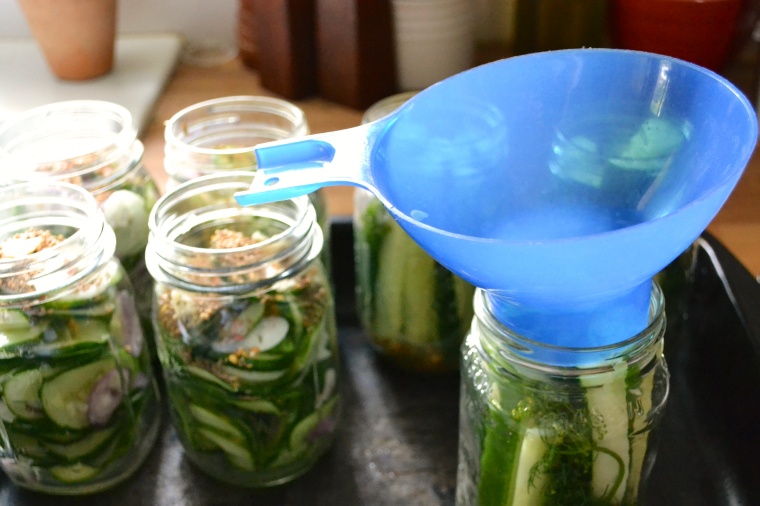 These are quick refrigerator pickles that don’t need to be canned.  This is simple. Almost as simple as opening a jar of store bought. But so much more rewarding! You will love to bring these pickles out at parties or take them to picnics or munch on them as a snack.

So, you have a new assignment. You are making pickles. Use those extra cucumbers from the garden or gather up a bounty at the farmers market. Oh, get some fresh dill while you are at it. Make extra because your friends will want some and your family and your neighbors.

A few notes on canning brought to you by the great folks of Kerr: “Only fresh, firm, not too ripe cucumbers should be used for pickling. The cucumbers should be small or medium-sized and freshly gathered. Use a good grade of vinegar, one with 4% to 6% acidity. Strength of vinegar is usually shown on the label of the bottle. If vinegar brine is too weak, the pickles will spoil or become soft.”